The stage is set for what is going to be a ferocious and entertaining tournament, as the top five teams in the World; New Zealand, England, Canada, France and USA commence battle tonight, as the Super Series 2019 kicks off.

This is the first time all five teams will have played against each other in three years. The series kicks off tonight in San Diego and will span 17 days and everyone plays everyone! Below is my analysis and predictions on all of the teams.

The world champions kick off their campaign against Canada on Friday and this is a game every team will be eagerly watching. The Black Ferns are a team that’s used to winning but their last international outing didn’t go their way in 2018 when they suffered a shock defeat to France. They’ve had seven months to lick their wounds, and knowing New Zealand that result would have only regained their focus.

2019 is also the start of a new era for the Black Ferns. World cup winning captain and New Zealand’s most capped player Fiao’o Fa’amausili has now retired and leaves a big void in the team. All eyes will be on Te Kura Ngata-Aerengamate who is used to sitting on the bench but this series will see her become the first choice starting hooker.

The Black Ferns will also blood six new caps but don’t let that inexperience fool you. This is a squad that means business, with the likes of Kendra Cocksedge, Selica Winiata (who are the new co-captains), Toka Natua, Kelly Braizer, Theresa Fitzpatrick and Renee Wickliffe, all boasting bags of experience and serious skill. The only big blow for New Zealand going into this tournament is the injury to prop Aldora Itunu, who has been replaced by Olivia Ward-Duin.

Certainly, going into this series New Zealand will be the team to beat but it won’t be an easy run for them, with a short turn around between games the question is will they have the depth in their squad to rotate players and make sure they are still fresh for the latter stages of the series. Their last two fixtures will be against France and England, two teams who are more than capable of recording a victory against the Black Ferns.

England have had a season to remember, being crowned Six Nations Champions and Quilter International Series winners. They were also victors over the Barbarians earlier this month. In a year that has seen England experience injuries and absences, it’s not been easy for them but this is a resilient side.

England will be without the reliable Katy Daley-Mclean which will be huge, considering she is the one that pulls all of the strings. Her absence will leave room for Saracens prodigy Zoe Harrison to stake a claim for that number 10 shirt. Harrison has been in great form for Saracens and helped steer England to a convincing win against an experienced Barbarians side last month. She will also have the experience of Amber Reed and Emily Scarratt in the centres which will give her the added confidence to just back herself. I’m looking forward to seeing what she can do on the world stage.

Despite several injuries, England have a strong squad and they also have depth in the team which could pay off for them in the latter stages of the series. During the Six Nations, England’s defence was ruthless, only conceding six tries on route to the trophy and I expect it to go up a notch when they kick off their campaign today against USA. Also keep an eye out for England’s line out driving maul; it has been their killer set piece move and Lark Davies has scored many tries off it. The players to watch this series are Sarah Bern (who scored five tries in this year’s Six Nations), Hannah Botterman, Poppy Cleall, who have both been in sensational form for club and country, and Marlie Packer who is making a return following a spell out due to injury.

In 2018 France had a dream season, winning the Six Nations, beating New Zealand and having three players nominated for the World Rugby 15s Women’s Player of the Year Award, with Jessy Tremouliere eventually winning it. 2019 has been a different story for the ladies in blue. They finished third in the Six Nations, losing to England and, unexpectedly, Italy for the very first time.

With this season also being Olympic qualification for Sevens, France have had one eye on making sure their team qualify for Tokyo 2020 which has meant key players like Caroline Drouin have been absent from the XVs squad during the Six Nations.

This, however, is still a strong French side, who look fit! They have electric pace in Cyrielle Banet, Caroline Boujard and Jessy Tremouliere, a talented and unpredictable half-back pairing of Pauline Bourdon and Camille Imart and the physicality of Lénaïg Corson, Safi N’diaye, Gaëlle Hermet and the Menager sisters. Their fixture against the Black Ferns on July 6 is the big one to watch. Can they repeat what they did in November and beat the world champions again? If this game is anything like their last meeting, then it will go right down to the wire.

Canada are the current Super Series Champions and will want to hold on to that title. First up they will face New Zealand, followed by France, England and then USA. In 2018, Canada had a good year, they may have lost to England but they went on to beat Wales and Scotland. They also beat the USA twice in two exhibition matches during their CAN-AM training camp in May.

Canada are technically an ‘amateur’ team, and like the US have a stronger emphasis on their Sevens programme. England and New Zealand are full-time professionals and France offer part-time contracts. The disadvantage for Canada therefore is clear, they would have had comparatively little preparation time for this tournament, and are playing the world champions straight off!

Since the introduction of the new head coach Rob Cain, the US team have shown steady improvement and appear to be growing in strength. Cain has pushed them out of their comfort zone and in 2018 they took on the world’s best and they did not back down. Against New Zealand and England the results may have not gone their way, but they would have learnt a lot about themselves and about the opposition. It is this exposure to the top teams which will make the US a strong contender come the Rugby World Cup 2021.

In the Sevens game, the US have been making waves and in the last round of the series in France they beat New Zealand in the final to win the tournament, and finish second on the overall standings. Now the Sevens series has concluded, Alev Kelter and Kris Thomas have made a return back to the XVs format and that will be a welcomed boost to the team who will have nine new caps in the squad. Both Kelter and Thomas will bring that needed structure and pace the US team sometimes lacks against the stronger teams. My player to watch though is Eti Haungatau, who is destructive in the midfield and alongside Kelter will form a solid centre partnership. She scored a try against the Barbarians in April and will be looking for more this series.

To catch all of the Super Series action, watch me and the Sky Sports team on Sky Sport Mix tonight at 830pm. 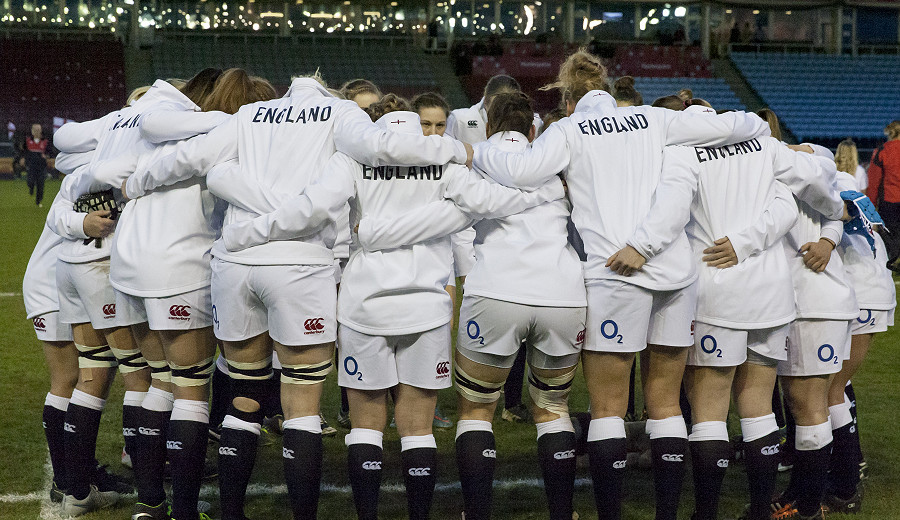